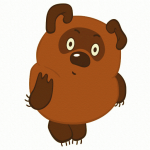 “The iron curtain” which divided soviet people from western countries fell more than 25 years ago. During this time a whole generation grew and people can’t complain that they haven’t a freedom of movement all over the world. The internet gave the opportunity of getting and sharing the information.

Russia became the country which is more open for foreigners than USSR. They frequently began to visit our country and formed a concrete opinion about life in Russia.

But it’s amazing that despite of this opening many foreign habitants perceive our country like another planet and its people like aliens. We can judge about this watching hollywood films which were released during the last 25 years. And it doesn’t relate to arrogance and snobbery. The mindset of the west really has a difference with the mindset of our compatriots because they developed in completely different conditions. It’s not good or bad – it’s simply otherwise. We live in one common house which is named the Earth and our rapprochement is inevitably.

The purpose of this resource novelrussia.ru is tell about the impressions of foreigners who visited Russia. We also can discuss and form the opinion which allows to make Russia more comprehensible for western countries. The section «Взгляд издалека» is dedicated to this topic. There is also a section which is dedicated to unusual monuments in Russia.